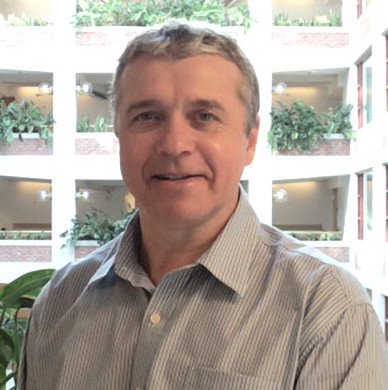 I received my MD in Siberian State Medical University (Tomsk) and PhD in Institute of Evolutionary Physiology and Biochemistry (St.Petersburg) in Russia. I was postdoctoral fellow in Institute of Environmental Medicine of University of Pennsylvania (laboratories of Drs. D. Buerk, S. Thom and V. Muzykantov) and in CVRC of MGH (laboratory of Dr. P. Huang), where I was promoted to Instructor and Assistant Professor.

My current work focuses on the role of Akt-eNOS-cGMP axis in cerebrovascular dysfunction. My publications demonstrated that mice that carry specific S1177D mutation in eNOS gene are protected against stroke (Journal of Clinical Investigation, 2007), and that they show less obesity and metabolic abnormalities on high fat diet (Biochemical and Biophysical Research Communications, 2013).

We show that unphosphorylatable eNOS impairs vascular reactivity to nitric oxide and is associated with incomplete reperfusion, larger infarct size, and worse metabolic profile, suggesting that S1177 eNOS is protective in ischemic stroke. We have found that increased phosphorylation of eNOS on serine 1177 normalized vascular abnormalities in type 2 diabetic mice and protect them against reperfusion injury (Stroke, 2013).

The hydrogen clearance method of absolute cerebral blood flow measurement which I use provides absolute measurements as opposed to relative measurements seen with laser Doppler or other commonly used approaches. It has become more accepted, as comparison of genetically altered mice with control animals requires consideration of baseline physiologic differences. I used the hydrogen clearance technique to assess the state-of-the-art novel method of Doppler optical coherence tomography in cerebrovascular physiology (Journal of Cerebral Blood Flow and Metabolism 2011).

The overall unifying theme behind my work is to apply in vivo physiology and disease models and in vitro vascular reactivity measurements, to genetic models relevant to the NO pathway, such as nNOS, eNOS, iNOS, soluble guanylate cyclase, and C-reactive protein. My work is important because it can lead to the development of new approaches to treat cardiovascular and cerebrovascular disease in the setting of diabetes and metabolic abnormalities.