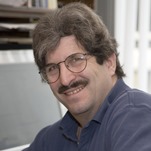 The Ruvkun lab uses C. elegans molecular genetics and genomics to study miRNA and RNAi pathways. Using genetic and RNA interference approaches, we have identified many genes that positively or negatively regulate RNAi and microRNA pathways. These genes reveal the trajectory of siRNAs and miRNAs as they target mRNAs, as well as components that may be developed as drug targets to enhance RNAi in mammals.

Over the past decade, we discovered that like mammals, C. elegans uses an insulin signaling pathway to control its metabolism and longevity. This analysis has revealed striking congruence of molecular mechanisms at many steps in the pathway, suggesting that insulin regulation of longevity and metabolism is ancient and universal. The new genes of the insulin pathway that have emerged from these studies are conserved in animal phylogeny and represent new targets for diabetes drug development.

Functional genomic analyses using RNAi libraries of every C. elegans gene now allows a systematic study of metabolism and aging. Our lab has surveyed 18,000 genes for their action in regulation of longevity, fat deposition, RNAi, miRNA regulation, and molting. This analysis gives a global view of the molecular machines that operate in these pathways. Current research in the Ruvkun lab attempts to weave these lists of aging regulatory genes into pathways that assess and regulate metabolic tempo and mode, repair and regeneration, and protective and degenerative pathways. A neuroendocrinology of energy balance and longevity will emerge from these studies.

We are developing protocols and instruments that use PCR primers corresponding to universal sequence elements of the 16S RNA gene to search for diverse microbes that may cause diseases unsuspected to be due to pathogens and microbes from extreme environments. One long term goal of this project is to send a robotic thermal cycler with these primers to Mars in search of microbial life that is ancestrally related to life on Earth.