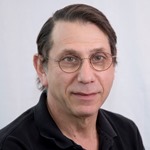 The laboratory’s primary interest is in identifying and characterizing the molecular aspects of the process of signal transduction in prokaryotes and in hosts that interact with prokaryotes, from the discovery of virulence factors in bacteria and fungi to host defense responses in plants, insects, worms and mammals.

These pathogen-host interactions are explored in a variety of ways, both experimentally and computationally. The responses by which multicellular eukaryotic hosts defend themselves from pathogen attack have only recently begun to be subjected to rigorous genetic analysis.

This sort of analysis requires a tractable genetic system for the host and well-characterized host-pathogen interactions. Whereas vertebrates, with the possible exception of zebrafish, are generally unsuitable for such studies, Arabidopsis thaliana, Caenorhabditis elegans and Drosophila melanogaster offer many advantages for the genetic analysis of host-pathogen interactions.

Our laboratory pioneered the use of direct screens for identifying Arabidopsis mutants that exhibit aberrant responses to pathogen attack.

Similarly, our Laboratory pioneered the development of C. elegans pathogenicity models that have shown that C. elegans does indeed mount an innate immune defense response to pathogens that can be dissected by traditional genetic analysis. Our studies support the hypothesis that key features of host defense responses, as well as the offensive strategies employed by pathogenic microbes, have ancient origins.

Our laboratory is now divided about 50/50 between the Arabidopsis and C. elegans systems. The rationale is that there is a growing body of evidence demonstrating that many of the underlying mechanisms of microbial pathogenesis and corresponding host defense responses are similar in plants and animals and that the study of Arabidopsis and C. elegans defense responses will be synergistic.

One example of how bacterial virulence factors are similar in plant and animal pathogens is the conservation of so-called type III protein secretory mechanisms that are involved in the translocation of proteinaceous virulence factors into host cells. Another example is our discovery that Pseudomonas aeruginosa utilizes a shared subset of virulence factors to infect both plants and animals. From the host perspective, there are key similarities in the signaling pathways involved in animal immune responses, and this conservation may extend to aspects of the plant defense response.

Taken together, these observations argue strongly that a comparative analysis of Arabidopsis and C. elegans is likely to identify ancient components of the eukaryotic host defense response. An excellent example of the synergism between the Arabidopsis and C. elegans projects in our lab is the identification of MAPK signaling cascades as conserved components of the innate immune signaling in both organisms.

The use of experimentally tractable model hosts allows us to perform genetics on both sides of the host-pathogen interaction. To better understand the suite of bacterial virulence factors that are used to inflict damage on the host and to circumvent the host’s defense responses, we are developing genomic tools for a pathogenic isolate of P. aeruginosa, strain PA14, which is extremely virulent in both the Arabidopsis and C. elegans models.

Because C. elegans are small and fit easily in 384-well microtitre plates, we have developed automated high throughput chemical screens for compounds that block the ability of Enterococcus faecalis, Staphylococcus aureus (MRSA),P. aeruginosa to kill the nematodes. These compounds include immune enhancers and virulence blockers, as well as traditional antibiotics.