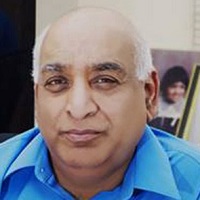 Dr. Pillai coined the term “surrogate light chains” for proteins that he identified (with David Baltimore), as part of a novel receptor, now known as the pre-B receptor,  that drives early B cell development. His laboratory at MGH postulated and provided evidence for the first ligand-independent signaling model during lymphocyte development, now a widely accepted mechanism for both pre-B receptor and pre-T receptor signaling. His laboratory also showed that Btk, the product of the gene mutated in X-linked agammaglobulinemia, is functionally linked to the pre-B receptor and the B cell receptor. His group defined a functional niche for B cells (around sinusoids in the bone marrow), identified the first two mutants that abrogate marginal zone B lymphocyte development, developed the concept of a follicular versus marginal zone B lymphoid cell-fate decision, and discovered two new defined stages of peripheral B cell development, the marginal zone precursor (MZP) B cell, and the Follicular type II B cell.

The immunological and epigenetic mechanisms underlying chronic inflammatory diseases
The group examines pathogenic mechanisms that are of importance in lupus, rheumatoid arthritis, scleroderma, sarcoidosis, inflammatory bowel disease and IgG4-related disease. This work has led to the detailed study of the development of human CD4+ cytotoxic T lymphocytes and their function in the context of chronic inflammation and the containment of HIV.

O-acetylation of sialic acid and the regulation of immune signal strength
One area of interest from both a biochemical and immunological perspective is a pathway involving a sialic acid acetyl transferase, a sialic acid acetyl esterase and their potential role in regulating inhibitory receptors called Siglecs. The role of these and related genes in controlling the strength of immune responses is currently being explored.

Dr. Pillai is the co-author of two widely used textbooks of immunology and is the course director of immunology courses at Harvard Medical School, Harvard College and for the Federation of Clinical Immunology Societies.