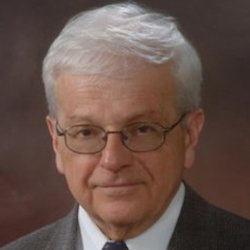 Research in the Avruch laboratory comes from an effort to identify the molecular structure, function and regulation of the elements that mediate signal transduction initiated by the insulin receptor, related receptor tyrosine kinases and counter-acting, anti-insulin signalling pathways. As elucidation of the signalling pathways responsive to insulin progressed, it became evident that many of the effectors identified also participated in the regulation of mitogenic and cell differentiation programs.

Elucidation of the insulin and nutrient regulation of protein synthesis: A long-term interest derives from the early discovery that activated Ser-Thr specific protein kinases play a central role in insulin and growth factor signal transduction. Although many insulin-regulated kinases are now known, one of the first identified was the p70S6kinase. This is now known to be a key regulator of the facultative component of protein synthesis responsible for cell growth in response to anabolic and mitogenic stimuli. Two convergent signal transduction pathways control the activation of this kinase: one flows through the PI-3 kinase, and the protein kinase PDK1. The second pathway is regulated jointly by PI-3 kinase, by the sufficiency of intracellular amino acids (primarily leucine), and by energy charge (probably through the AMP-activated protein kinase), and flows through the Tuberous Sclerosis complex and small GTPase, Rheb, to control the giant checkpoint protein kinase mTOR, the target of the immunosuppressive drug, rapamycin. Tor functions in a complex with several other proteins and the regulation of this complex is the focus of current work.

A Ras-regulated tumor suppressor pathway: Work in this lab during the 1990s identified the interaction of the Ras oncogene with its primary target, the Raf kinase, and elucidated the mechanism of activation of Raf. Parallel efforts identified NORE1, a novel noncatalytic polypeptide that bound specifically to Ras-GTP in a manner analogous to Raf, and therefore is a likely Ras effector. NORE is tumor suppressor and a negative regulator of cell proliferation, homologous to the tumor suppressor RASSFIA; the gene encoding RASSF1A is located on Chr3p21, and exhibits LOH in most lung and many other cancers. NORE and RASSF1A both bind to the proapoptotic protein kinase, MST, and the complex of NORE and MST appears to mediate the apoptosis induced by overexpression of activated mutants of Ki-Ras. The roles of these elements in normal cell physiology and in carcinogenesis is under investigation.

The regulation and roles of several members of the NIMA-related protein kinases: Eleven members of this protein kinase subfamily exist in man; we have characterized Nek6 and 7 and their immediate upstream activator, Nercc1/Nek9 as well as Nek1. The Nercc1 kinase is activated in mitosis, and interference with Nercc1, both in mammalian cells and Xenopus oocyte extracts, results in disorganization of the mitotic spindle leading to prometaphase arrest or aberrant chromosomal segregation. Nercc1 binds the Ran GTPase and is avidly phosphorylated by cdc2, and in turn phosphorylates and activates Nek6 and 7 protein kinases. The regulation of Nercc1, and the targets of Nercc1 and Nek6/7 are under investigation. Nek1 mutation in the mouse results in polycystic kidney disease and male sterility. In cell culture, Nek1 is activated in mitosis and is intimately associated with microtubular structures, including the mitotic spindle and the nonmotile cilia of renal epithelia.

Dr. Avruch is Professor of Medicine at the Harvard Medical School in the Department of Molecular Biology, and has been Chief of the Diabetes Unit in the department of Medicine at the MGH since 1979. He is the director of the NIH-sponsored Boston Area Diabetes and Endocrinology Research Center, and a member of the Board of Scientific Councilors of the National Institute of Diabetes, Digestive and Kidney Diseases.

Dr. Avruch directs a vigorous ongoing program of laboratory-based research, and is internationally recognized for a series of discoveries that have enabled an understanding of how insulin-related growth factors, as well as insulin antagonists control cell function. He is active in both clinical care and teaching.