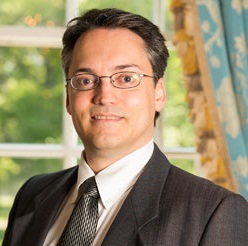 The Allen laboratory is primarily investigating the impact that viral sequence diversity has on immune control in the setting of HIV-1 infection. Cellular CD8+ T cell responses (CTL) represent a critical arm of the immune response in the control of HIV-1 infections.

The ability of HIV to rapidly evolve and escape from these responses within a host, combined with the enormous sequence diversity of HIV strains worldwide, is one of the largest hurdles facing an AIDS vaccine.

Unfortunately, we still lack a thorough understanding of the impact that viral escape from these responses has on immune control.

The laboratory employs full length viral genome sequencing of HIV in acute and chronic HIV infected subjects to identify the extent to which HIV is capable of evading host immune responses over the course of infection, and the degree to which such forces are shaping HIV sequence evolution on the global level.

Extensions of this work are now characterizing the boundaries by which HIV sequence evolution is restricted by protein structure and function by investigating whether particular mutations are capable of compromising the replicative fitness of HIV and thus contributing to immune control.

Similarly, my lab is exploring issues of viral escape and replication in the setting of hepatitis C virus (HCV), another highly variable virus whose infections are also endemic in the human population. These studies are designed to aid in the development of effective vaccines against HIV and HCV though a better understanding of the routes by which these pathogens compromise host immune defenses and evolve on the global level.

Finally, in collaboration with the Chulalongkorn Medical Research Center in Bangkok, Thailand we are characterizing immune responses and viral sequence evolution in a population where highly unique strains of HIV are circulating.