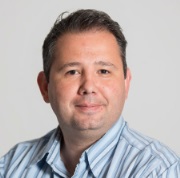 O. Berk Usta, PhD, received his BSc from Bogazici University (Istanbul, Turkey) and his PhD in Chemical Engineering from University of Florida (Gainesville, Florida). He joined the Institution in late 2009 as a postdoctoral fellow, and was promoted to Assistant Professor in Surgery at Harvard Medical School in 2017.

Dr. Usta’s recent work at the Center for Engineering in Medicine (CEM) lies at the intersection between micro-tissue engineering, biopreservation and computational modeling. He currently leads a team that aims to recapitulate liver physiology on a microfluidic chip as part of the National Institutes of Health (NIH)/Defense Advanced Research Projects Agency (DARPA) initiatives of “Tissues/Human-on-a-Chip.”

Dr. Usta is also part of the “Supercooling Preservation” team, where he leads the efforts on preservation at the cellular and tissue level, as well as the use of microfabricated platforms and computational models to better elucidate such preservation.

These projects are funded by the NIH and Shriners Hospital, among others. He has more than 25 publications spanning Physical Review Letters, Lab on a Chip, ACS Nano, Technology, and Nature Medicine. These have been cited over 450 times and have been featured in major news outlets as well as science blogs.

In addition to his institutional roles and in particular, the Center for Engineering in Medicine, Dr. Usta also serves as the Associate Executive Editor of “Technology Journal”.

On the tissue/micro-tissue front, he has been involved in developing physiologically relevant liver models that range from microfluidic models to scaffold free 3-D assemblies. He and his team are currently pushing the envelope in this realm by re-creating liver zonation in-vitro by a multi-pronged approach.

On the biopreservation front, Dr. Usta has been involved primarily in storage of liver cells via supercooling (nonfreezing subzero) preservation but also organ level preservation.

This work under the guidance of Martin Yarmush, MD, PhD, and Korkut Uygun, PhD, has led to significantly improved storage times at both the cellular and more strikingly at the organ level.

Current work in this realm involves better understanding of both membrane and intracellular injuries during preservation such that preservation times can be further improved.