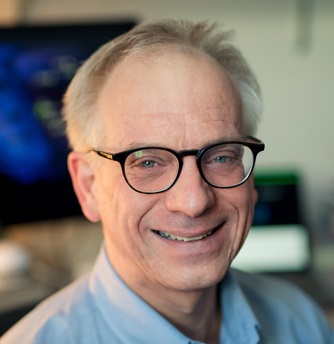 Mark W. Albers is a neurologist specializing in memory and olfactory disorders. He earned a PhD in organic chemistry from Harvard University, working in the laboratory of Stuart Schreiber, and an MD degree from the H.S.T. program of Harvard Medical School and M.I.T. He was an internal medicine resident for two years at Massachusetts General Hospital and then trained in neurology at Mass General, and Brigham and Women's Hospital, where he was one of the first chief residents for the Partners neurology residency program.

Following clinical training, he resumed basic research studies in the laboratory of Richard Axel and practiced behavioral neurology in the Memory Disorders Center at the Neurological Institute, affiliated with Columbia University.  Following this training, he returned to Mass General where he sees outpatients in the Memory Disorders Unit and attends on the inpatient neurologic wards.

His clinical research is focused on devising sensitive probes of olfactory function as a possible biomarker for the early neurodegenerative diseases Alzheimier's disease, Parkinson's disease, chronic traumatic encephalopathy, and traumatic brain injury as well as directly converting olfactory neuronal precursor cells from the nose into brain neurons to develop cell-based models of neurologic disease. His laboratory research aims to elucidate fundamental mechanisms of neurodegeneration and develop therapies that leverage insights from these pathologic insights. Current work is focused on repurposing FDA-approved drugs and experimental drugs for Alzheimer's disease, ALS, frontotemporal dementia, and traumatic brain injury. He is the PI of the NADALS basket trial  to examine an FDA approved drug in Alzheimer's and ALS. He is a faculty member of the Laboratory of Systems Pharmacology at the Harvard Medical School and the Program in Regulatory Sciences at the Harvard Medical School. He is the Assistant Director of the Massachusetts Center for Alzheimer's Therapeutic Science and is a member of the Harvard Program in Therapeutic Science.