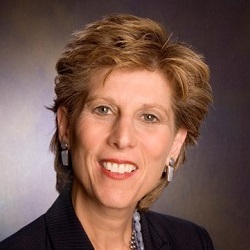 Dr. Goldstein is a clinical neuroscientist and population scientist, Professor of Psychiatry and Medicine at HMS, Founder and Executive Director, Innovation Center on Sex Differences in Medicine at MGH and the Helen T. Moerschner Endowed MGH Research Institute Chair in Women's Health.

She is an expert in structural and functional brain imaging and detailed clinical and cognitive phenotyping that are associated with steroid hormones (HPA and HPG) and other physiology (e.g. ANS, immune response), and genetics. She has a long history of expertise in longitudinal modeling of complex behavioral traits and disorders combining multiple phenotypic domains.

Her program of research, called the Clinical Neuroscience Laboratory of Sex Differences in the Brain (http://cnl-sd.mgh.harvard.edu), consists of an interdisciplinary team of investigators, integrating structural and functional brain imaging studies, psychophysiology, neuroendocrine studies, genetics, immune function, and collaborative efforts with model animal studies of genes, hormones and the brain.

The lab has contributed to identifying fetal stress-immune biomarkers that disrupt the healthy sexual differentiation of the brain that are retained and expressed in adulthood as sex differences in deficits in stress circuitry, major depression and comorbid physiologic and vascular dysfunction.

She has a long history training the next generation about sex differences in medicine, particularly the impact of hormones and genes and methodologies necessary to test for sex effects.

She has dedicated her career for >30 years at Harvard to teaching and supervising trainees at all levels with regard to the science of sex differences in medicine as well as mentoring their career trajectories.

In the service of this, she has been the PI of the K12 Office for Research on Women’s Health training program at Harvard called Building Interdisciplinary Careers in Women’s Health (BIRCWH) for >15 years.

She recently launched at MGH the Innovation Center on Sex Differences in Medicine (called ICON), which is a collaborative effort between MGH and the Harvard T.H. Chan School of Public Health, partnering with WomenAgainstAlzheimer's (http://icon.mgh.harvard.edu). ICON crosses disciplines, departments, and institutions to tackle one of the major public health challenges of our time [the comorbidity of depression, cardiovascular disease and Alzheimer's disease] by applying a sex differences lens to develop sex-dependent therapeutics for precision medicine that involve the brain and heart.