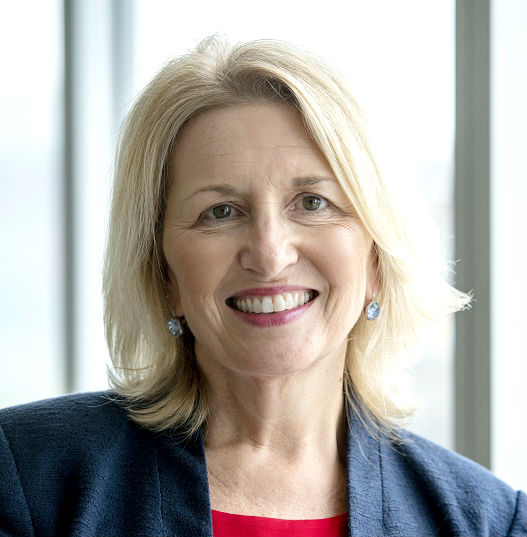 Discoveries in Sue's laboratory have led to the successful implementation of critical population screening for FD and MLIV, in addition to a clinical trial of the first therapeutic for FD that directly targets the molecular defect.

Sue and her team have further developed a potential treatment for a genetic disease that directly targets the mRNA splicing mechanism. Given the frequency of splicing mutations, a genome-wide assessment of known mutations will ultimately allow for the development of a panel of drugs that can shift the ratio of mRNA isoforms as a means of treating human genetic disease.

In 2001, Dr. Slaugenhaupt and her group discovered that mutations in the IKBKAP gene were responsible for familial dysautonomia, an autosomal recessive hereditary sensory and autonomic neuropathy common in the Ashkenazi Jewish population. Discerning this groundbreaking discovery from others of the era was the identification of a major mutation present in all affected individuals, resulting in tissue-specific aberrant splicing of mRNA.

Her group's further discovery that kinetin, a plant cytokinin, can improve IKBKAP splicing and increase the amount of normal IKAP in cells has led to the first potential therapy for this devastating disease.

Her work has shown that oral ingestion of a small molecule can target mRNA splicing in peripheral blood in humans, and in the brain of mice, findings which will potentially have a major impact on treating genetic disease.

This work has since suggested that drugs which target specific molecular mutations - rather than specific diseases - will prove efficacious in treating a variety of disorders in which mutations alter mRNA splicing.

Importantly, her demonstration that kinetin can also "cure" mis-splicing in neurofibromatosis type I has been supported in recent literature, setting the stage for future genomic studies of mis-splicing signatures. Understanding mRNA splicing signatures and identifying modulators of splicing is vital in the goal to understand and manipulate our genome.

Furthermore, Dr. Slaugenhaupt and her team also plan to initiate the first clinical trial of kinetin in FD patients aimed at determining whether or not increasing the amount of functional IKAP protein can stop the progressive neurodegeneration in FD patients, or perhaps even improve function.