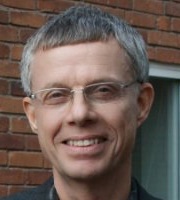 Professor Faraone studies the nature and causes of mental disorders. An author on over 800 journal articles, editorials, chapters and books, he was the 8th highest producer of High Impact Papers in Psychiatry from 1990 to 1999 as determined by the Institute for Scientific Information (ISI, Science, 2000, Vol 288, pg 959). In 2005, ISI determined him to be the 2nd highest cited author in the area of Attention Deficit Hyperactivity Disorder (http://www.esi-topics.com). In 2012 he was the eighth most highly cited researcher in psychiatry and psychology for the preceding decade (http://academic.research.microsoft.com). His lifetime H-Index is 155 (as of 8/14 http://tinyurl.com/lfegk2z)

In 2002, Dr. Faraone was inducted into the CHADD Hall of Fame in recognition of outstanding achievement in medicine and education research on attention disorders and in 2004 and 2008 he was elected to the Vice Presidency of the International Society of Psychiatric Genetics. In 2008, he received the SUNY Upstate President’s Award for Excellence and Leadership in Research. In 2009 he was awarded Alumni Fellow status at the University of Iowa. In 2010 he received the Chancellor's Award for Excellence in Scholarship and Creative Activities from the State University of New York. In 2014, Thomson Reuters listed him in "The World's Most Influential Scientific Minds" report for Psychology and Psychiatry.