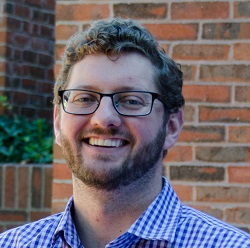 Ben’s research and training focuses heavily on the development and application of statistical methodology with a focus on methods specifically for genetic analysis. Ben has a strong track record of conducting analyses for genetic data with a heavy focus on psychiatric illness, particularly ADHD and Autism, but also Tourette’s Obsessive Compulsive Disorder, Schizophrenia and Eating Disorders.

Ben in collaboration with Drs. Manuel Ferreira, Sarah Medland, and Danielle Posthuma, edited a book entitled “Statistical Genetics: Gene-mapping through Linkage and Association,” that provides a practical hands-on guide for the analysis of current genetic datasets as well providing a background in both the statistical and genetic elements necessary to conduct such analyses.

Beyond this, Ben substantively aided in the development of PLINK, which is one of the most highly used packages for genetic association analysis and is currently collaborating closely with Dr. Shaun Purcell on the development of a new analytic package for sequence data title PLINK/SEQ.

Currently, Ben is lead analyst for one of the largest exome sequencing projects on a psychiatric disorder, the NIMH ARRA Autism project, and am collaborating with Dr. Patrick Sullivan on clozapine-induced agranulocytosis, a devastating side effect of what is regarded as one of the more effective anti-psychotic medicines. Ben also serves as the chair of the analysis for the ADHD PGC subgroup and is a member of the Autism group, Analysis group, and the Cross-Disorder Group in the PGC.